Phil Mintz is a staunch member of the Wolfpack.

Mintz earned a degree in engineering operations at NC State in 1983 and joined the university as an employee in 1997, where he has remained ever since.

His steadfast service earned Mintz an invitation to the chancellor’s residence for a special event: the Quarter Century Club breakfast, an annual celebration that recognizes employees for achieving 25 years of state service.

Chancellor Randy Woodson and his wife, Susan, hosted the breakfast on Oct. 21 for Mintz and 68 other employees. University leaders attended the breakfast and helped the Woodsons celebrate the employees for reaching the remarkable career milestone.

“The chancellor is a great guy,” said Mintz, executive director of NC State’s Industry Expansion Solutions, a program that provides training and business solutions for organizations in dozens of industries. “To have him invite me to something at the chancellor’s residence is an honor. It’s really nice that the university recognizes those of us who have stayed engaged with the university this long.”

Beverley Cash, who also was honored at the event, agrees with Mintz that the breakfast is a much-needed employee recognition event. Cash earned a bachelor’s degree in wildlife and fisheries management in 1991 at NC State. Now an administrative support specialist for the Project Youth Extension Service program, she acquired her 25 years of service during two stints as a full-time employee of the university.

She worked as an insectary manager from January 1996 until April 2008, when the university reduced its employee headcount due to the Great Recession. When Cash returned to the university in 2010, she took on her current role with Project Youth Extension Service, which provides college students and recent college graduates with opportunities to work with military-connected youth.

“I work with a very, very small group in Raleigh, but we are geographically isolated from campus,” she said. “To celebrate with like-minded people is important to me, and I think it’s important for the university to see us — the honorees — show up for events like this and say, ‘We want to be recognized, and we appreciate you recognizing us.'”

The Quarter Century Club honorees received a special award: a brick from the Bell Tower renovation project with a plaque attached to it. The handmade bricks — referred to as “swirl bricks”  — are some of the first laid bricks at the university and date back to the early 1900s.

Woodson kicked off the special buffet-style breakfast event by welcoming the honorees to his home and congratulating them on their achievements. He also spent time chit-chatting with honorees. The honorees mingled as they sipped on coffee and juice and reminisced about their time at NC State. They also took pictures with their awards before leaving the chancellor’s residence.

“Red and white pride and spirit was definitely in the air,” said Stephanie Davis, assistant director of Learning and Organizational Development in University Human Resources and a co-organizer of the event.

Mintz has been part of the Industry Expansion Solutions team since he joined NC State. He began his career as an extension specialist based in Greensboro, and he later became a specialist in quality and productivity training. Mintz has been the executive director of IES since 2016, when he took over as the interim leader. He has been the permanent executive director since 2017.

“Because I was an NC State grad, I was excited to come and work here, but I didn’t really expect to be here for 25 years,” he said. “When I came here in ’97, I thought, ‘Hey, this will be another career stop.’ The next thing you know it’s 25 years later.”

“I sort of blinked and looked up, and I’m like, ‘Wow, how did I get this far at NC State this many years later”? Cash said. “It’s been a great ride overall. I have loved the work that I’ve done and the people who I’ve worked with over all these years.” 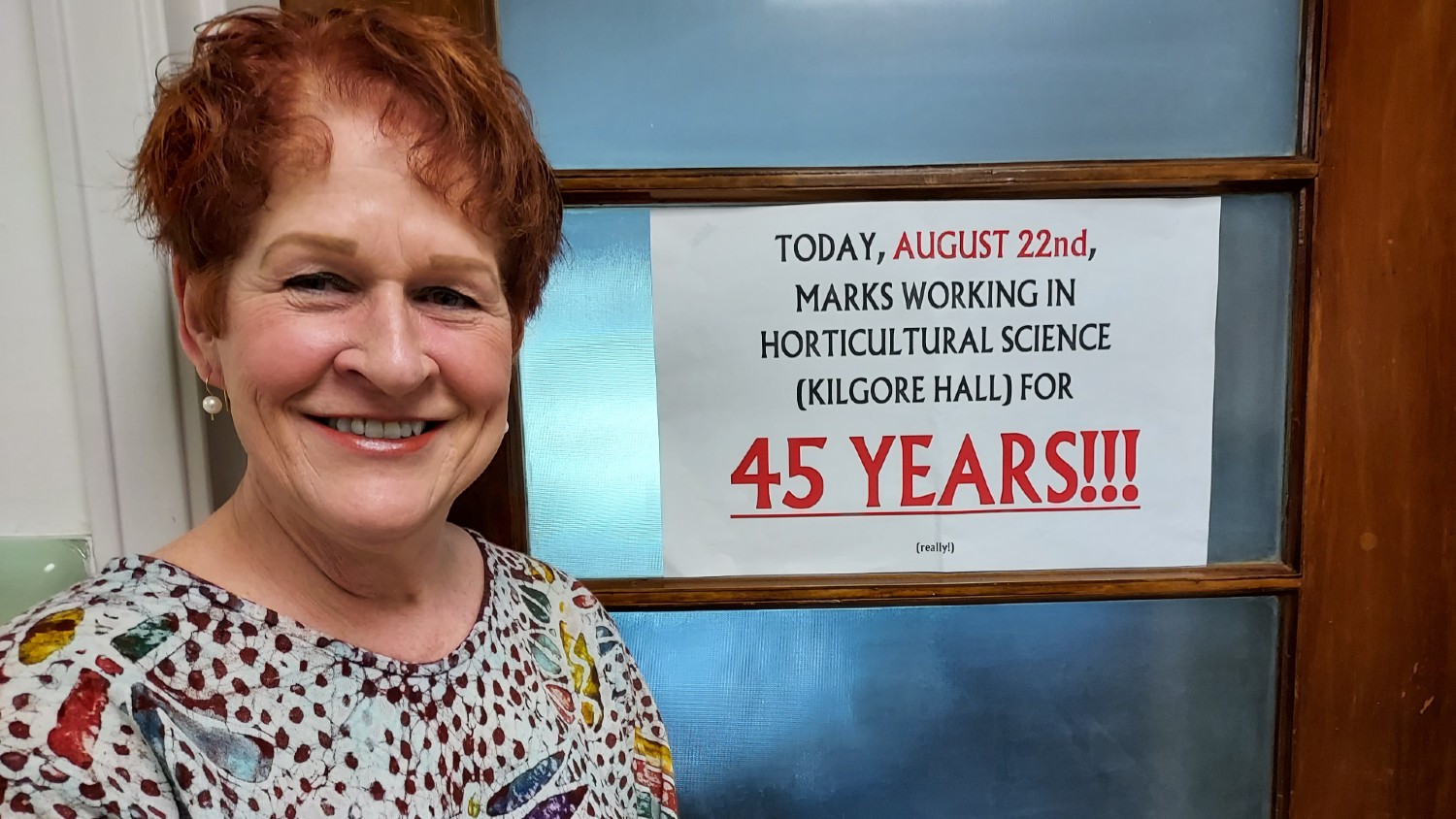 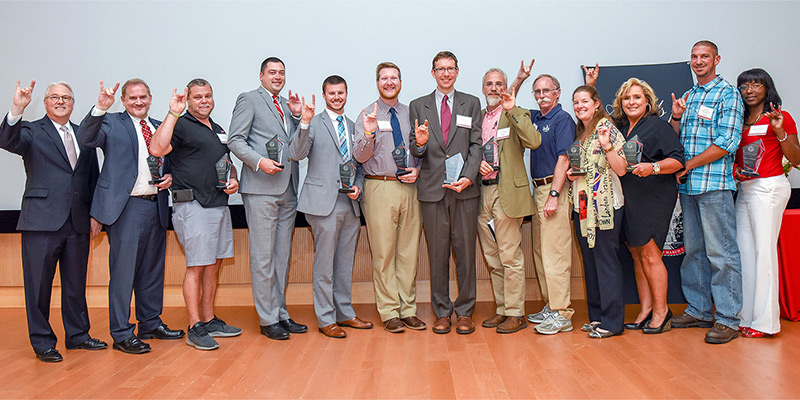 Nominate a Staff Member for NC State’s Awards for Excellence 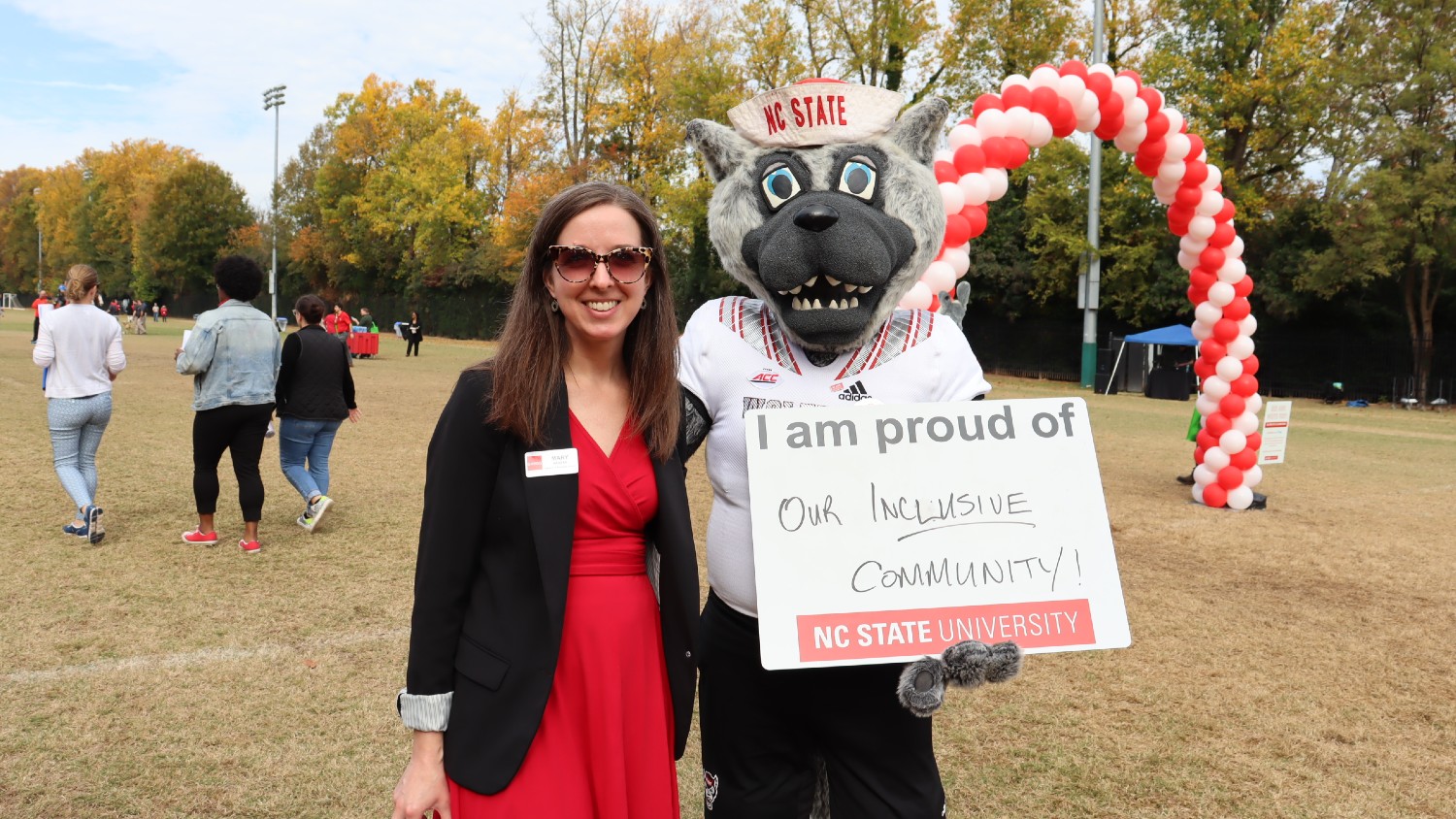 We Are Thankful for Pack Pride