Before he became a professional artist, Clarence Heyward spent 12 years working in the trucking industry — first as a driver and then as a route designer — but he was miserable for many of those years.

He only chose a career in the trucking industry because he thought he couldn’t make a decent living doing what he trained to do in college: teach art.

During Heyward’s weeklong residency on campus in late January, which was sponsored by Arts NC State, he told NC State students, faculty and staff the story of how he left his unsatisfying job and launched a full-time art career.

In 2018, when Heyward was 35, he and his wife, Desirai, had a heart-to-heart talk about his career and about art — the field he truly loved. During that conversation, they decided he would continue to work as a route designer for one more year and use that time to prepare for a career as an artist.

A year later, Desirai walked up to him and announced it was time for him to quit his job. She had even written a resignation letter for him. Although he had spent a year working during the day and painting and drawing at night, his first thought that day was that he wasn’t ready to pursue his dream yet.

“She said, ‘OK, we talked about this last year, and you said, give you a year,'” Heyward said. “‘It’s been a year.’ I don’t know if she had saved the date on a calendar or what. She came out of nowhere. I was like, ‘What?”

“When he said that, I was like, ‘Wow, we need to give big credit to his wife,” said Sabrina Hurtado, an NC State student and intern for Arts NC State, who planned the residency.

Heyward’s residency was a chance for students to learn firsthand what it’s like to be an artist. During the residency, Heyward was a guest on a podcast, gave an in-person talk and had a virtual chat with a group of students via Zoom. He also shared photographs of his work and talked about how he makes a living as an artist and creates his artwork.

Heyward also met students at the Free Expression Tunnel and painted a mural of a Black fist holding an American flag. In addition, he watched in amazement as about 50 students created collages at D.H. Hill Jr. Library. Those collages included a depiction of a transgender person with a woman’s body and a man’s head, which was made by a Jewish student who was expressing their feelings on International Holocaust Remembrance Day.

“The kids really got into the collage making, and they made a lot of personal work,” Heyward said. “To me, it felt like a therapy session because, I guess, the last couple of years has been stressful on the kids, and they really put it all in their work, and when they spoke about it.”

Hurtado planned the residency at the urging of Amy Sawyers-Williams, coordinator of outreach and engagement for Arts NC State.

“I was definitely very nervous at first,” Hurtado said. “I was like, ‘Wow, plan an artist residency. That sounds like a big deal.’ But she very quickly convinced me that I had already done a lot of the tasks needed for the residency before, and it would be OK. And it was.”

Hurtado began planning the residency in July of 2021. During that time, she was an intern at the Nasher Museum of Art at Duke University, and the museum was planning an exhibition to showcase the work of North Carolina artists. Hurtado said she helped gather the artists’ biographies, and Heyward was among the artists she read about.

Hurtado said she put together a list of artists to consider based on the bios she read. She also created a list of criteria that the artists would need to meet: live in the Triangle; identify as Black, Indigenous or a person of color; and create art with political and social messages.

Hurtado said when she saw Heyward’s art on his website, she realized Heyward was one of the artists featured in Arts NC State’s “Represent: An Artist Series” in 2021. She put Heyward at the top of her list of artists to bring to NC State after looking at his art online. She said a self-portrait of Heyward tugging an American flag grabbed her attention the most.

“It just seemed like a very symbolic piece,” she said. “It immediately drew me. I saw a lot of tension in that art with identities and social causes.”

NC State student Gabriella Kluch attended Heyward’s talk with students via Zoom and the collage-making session. Kluch, a fan of art, was excited that a Black artist was invited to campus.

“I think there is a lot of power in that — the fact that he is Black, and he is a local artist,” Kluch said. “I thought it was really awesome to get to see someone who is accessible and to be able to interact with him, hear about his artistic process and get to ask him questions.”

Kluch, who is Ecuadorian and Nicaraguan and identifies as Latinx, was especially interested in hearing Heyward talk because he is a Black artist in a white-dominated field.

“I think his experiences in a white-dominated field are very valid and very important to listen to because it’s hard to break into these kinds of fields,” said Kluch, who is studying political science and women’s, gender and sexuality studies. “I want to go into law, and that is another white-dominated field. I love listening to what BIPOC individuals have to say about breaking into their industry and staying true to themselves.”

Heyward’s art “explores notions of the Black American experience” and “investigates cultural truths, challenges stereotypes and questions identity,” according to his website.

Heyward creates art at his studio in Raleigh. Heyward’s wife and daughters, Gabrielle, 11, and Lauren, 6, are often featured in his work. Heyward said he sells his work at art shows and to art collectors who call him to buy his work because they loved a painting they saw at a show or one he sold to one of their friends.

“It’s almost like therapy for me,” he said of being an artist. “It’s me showing how I’m navigating the world and what I am going through. There are some political things and some current events reflected in my work, but the art shows how those things affect me or my response to those things.”

Heyward said he is careful about how he inserts political and social justice messages in his artwork.

“It’s real easy to draw a picture of somebody getting shot, a mama crying or something like that,” he said. “I tend not to do images like that. I weave messages into my work, and you definitely know what I’m talking about, but some of the traumatic images, I don’t really do a lot of.”

After a video of a police officer pinning his knee in George Floyd’s neck went viral in 2020, Heyward painted Floyd’s head lying sideways at the bottom of a canvas.

“I wanted to remind people of the last time we saw him and how he died and why he died,” Heyward said. “My rendition is super simple, but I think it says a lot.”

Heyward grew up in Brooklyn and attended LaGuardia High School of Music & Art and Performing Arts. As a child, he was fascinated by an uncle’s ability to draw, and he challenged himself to learn to do the same, he said.

“I started as early as 2 or 3 coloring and drawing with my mother,” he said. “I was that kid that didn’t really go outside a lot. I liked to stay inside and make things.”

After Heyward graduated from high school in 2001, he enrolled at North Carolina Central University in Durham and studied art education. He thought he wanted to be an art teacher.

“While I was student teaching, they told us the starting salary would be $27,252,” Heyward said. “That day, I realized I would never be a teacher.”

Rather than becoming a teacher and teaching others to do what he had loved since childhood, after he graduated in 2006 Heyward became a truck driver.

Hurtado said hearing Heyward discuss his career path from truck driver to artist inspired her and eased some of her worries about pursuing a career after she graduates. She said she’s sure other students appreciated hearing that as well.

“As someone who’s about to graduate soon, I’ve been stressing about what job do I take,” she said. “What if the first one that I take, I don’t like? I think hearing those stories took a lot of stress away for me because I was like, ‘OK, I think it will be fine if I don’t get my top job choice, but now I know eventually I will get there. There’s no rush.'”

After Heyward shared the details of his career and other experiences he’s had as an artist during the in-person talk, at least 15 students raised their hands to ask him questions. That was a proud moment for Hurtado.

“That showed there was a lot of energy and excitement for Clarence to be here,” Hurtado said. “A lot of students were very curious about his work, what he does and how he got there. That was a super-rewarding artist talk, I think. It was just a really great experience to see.” 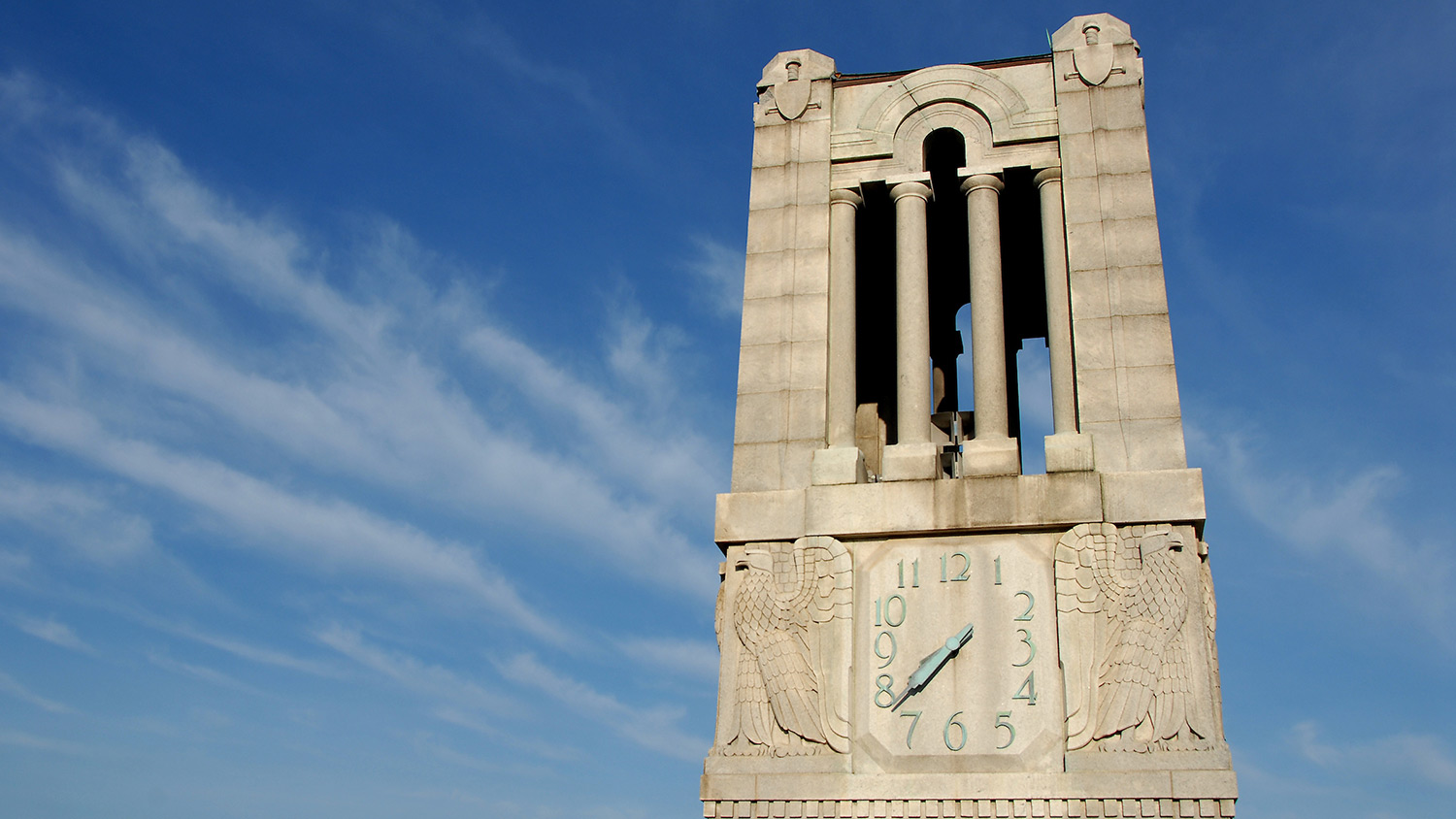 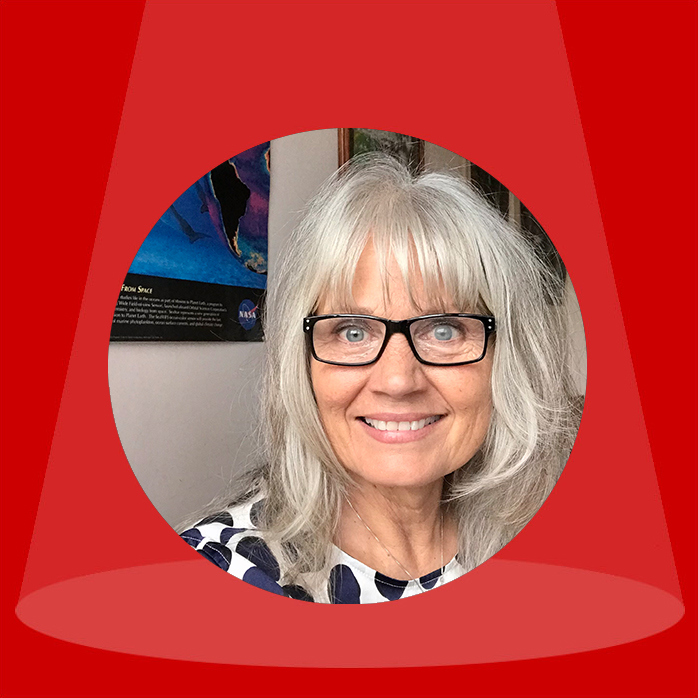 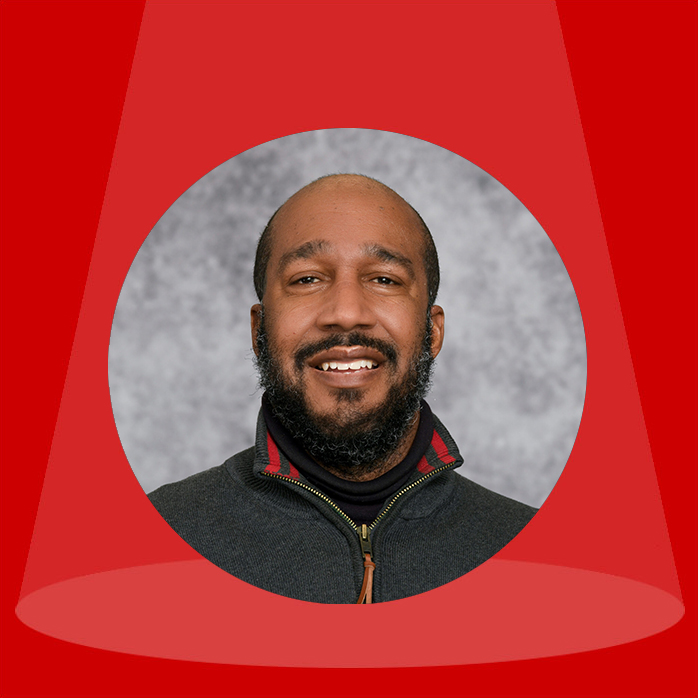